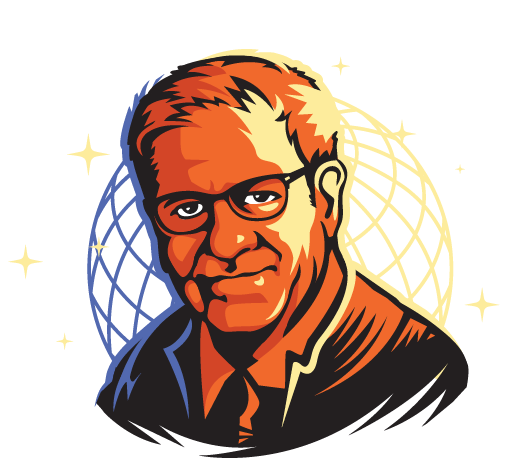 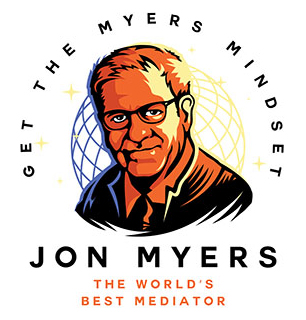 Learn how to move to a higher level

Iceberg… is a memoir of Jon’s detailing a substantial part of his journey to becoming the World’s Best Mediator and beyond. Jon was hit with a psychopathic assault that is symbolized in the form of his younger brother David and his wife.

Not only were Jon’s basic precepts of fairness challenged in our divorce system; those precepts were tripled by the erroneous betrayal of his family, over the course of decades.

Here, Jon reveals his journey and the approaches he took, to survive such profound betrayal and unfairness.

Generally underscored with the sense that no matter, how great the obstacle, Jon would overcome it, Iceberg is a textbook for any who seek to overcome challenges in your life, along with a guidebook for those facing divorce, Parental Alienation or even psychopathic/narcissistic abuse, or abuse of any kind.

Jon found his inner champion and you can too!

Iceberg is available on Amazon.com

Train with Jon and gain the benefits of The Myers Mindset.  Find, develop, and assert your basic goodness, and change your life.

Fill out the form below, and we will contact you, generally within twenty-four hours.

*All answers are kept strictly confidential, The shifts you make are your responsibility, and the lifelong rewards are all yours.

Calm Interventions founded in 2003, became a direct response on Jon’s part to both the harshness of today’s divorce and legal climate in general, as well as Jon’s basic commitment to mediation and positive resolutions.

A Massachusetts corporation, Calm Interventions Inc. provides the backdrop for much of Jon’s work, with a commitment to mediation, coaching and training.

The Myers Mindset is a specific point and product of the twenty-five years, of twenty-four/seven work and toil on Jon’s part. The Myers Mindset brings a shift in our perspective needed for our world today.

The Myers Mindset benefits companies, families, and individuals through training, coaching and mediation.

The key is helping people understand that their goodness is a strength. In today’s world, so much of what is being taught, is that meanness and condescension is the way to work. The Myers Mindset brings a shift, with the sense that our goodness is stronger than crassness. That by identifying our core purpose and working together, we do work that will be more prosperous, benefit more, and leave a legacy.
Considering himself blessed, and with a divine mission; there are innumerable moments of wonder in Jon’s life. Still, there were specific moments that stood out. In 1996, when Jon began his marital separation; it was astonishing, as in addition to the hardship of divorce; his entire previously supportive family had turned against him. Sincerely, Jon was in an unfathomable situation. Jon can remember a quiet soft presence entering his life, during the night, bringing a presence and deep understandings.

1) Jon recognizing the four-year-old child, within him and seeing that person was fundamentally a good person, screening out all the opinions of others;

2) Recognizing that anger was a useless tool and a cover-up emotion that drove people away, rather than bring them forward.

3) Realizing that his basic goodness and other breakthroughs, were paths, Jon must follow.

Here we are twenty-six years later, while Jon expected an easier path; this present path, and the twenty-six years of development and forging have brought Jon to a place, where he can teach, help, and heal others.
Ironically, Jon owes a lot of his education to James Madison elementary school in Scranton. In fourth-grade; Madison integrated with the Washington School, with a wonderful population of African-American students. The diversity of their playground was a huge source of education. More formally, Jon received an undergraduate degree from Oberlin College and a master’s degree from Harvard University, writing a thesis about legendary African-American writer Zora Neale Hurston in 1984, well ahead of his time.

From a brief summer job in Los Angeles in 1979, to forty-one years, in the Greater Boston area; Jon’s career has been based in service to others. In the early part of his career, a substantial part of Jon’s commitment was to diverse youth. Over the course of twenty-two years, Jon ran a residential program, and developed nationally recognized models of youth employment and pre-employment, as a program director, City Councillor and Executive Director, in the City of Cambridge, MA.

It was the events surrounding the challenges in our legal system, and his own story that led to the unleashing of Jon’s entrepreneurial and creative energy, in the formation of Calm Interventions and his whole progression as the World’s Best Mediator.
The roots of Jon Myers’ unfathomable story are based in family. Jon had an extraordinary beginning in Scranton, PA. Four grandparents, living back-to-back on Madison and Monroe Avenues. Two grandfathers, first-generation immigrants, one who became a doctor and the other a lawyer; and then two Jewish grandmothers, who lived over one hundred years each, feeding Jon true chicken soup. Parents, Morey, and Sondra, who imbued Jon with a sense of civil rights and caring for one’s children.

Then, unfathomably around 1996, an epic collision. The deep roots, in which Jon was raised, collided with the horror of our modern-day divorce system, in Massachusetts. Suddenly the values, with which Jon was raised were under attack, through uncaring tactics involving one’s life and children. It was a historical collision meant to occur. The deep roots of Jon’s past, his own life and work on behalf of youth and children, impelled Jon to stand in against, the savagery of our divorce system.

Anchored by his commitment to his own children, his commitment to fairness and civil rights; Jon would not be beaten down by nefarious tactics. Through this clash, the unfolded over twenty-five years, a few things happened. One is that the qualities Jon referenced as The World’s Best Mediator developed and were forged, through incredible personal growth. Two, Jon developed his company Calm Interventions Inc., the Science of Inner Strength, and other approaches to reform the basic callousness of our legal system and society. Third, Jon even developed an approach to the United States Supreme Court, relating to the Tort for the Intentional Infliction of Emotional Distress, which Jon sees as ground-breaking work.